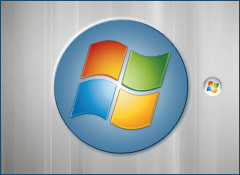 Mediamat puts at your disposal a series of functions and tools with which you can create an interactive environment valid both to be included in CD and to use it daily in your computer.

Thanks to the language it has, which integrates a total of approximately 25 different commands, it is possible to give free rein to your imagination by creating a user interface made up of directories, applications and other elements that run automatically when you indicate a time. The most frequently used programs are added to a sort of easily accessible list.

To introduce elements to the Mediamat environment you just have to drag them to its window.